Planet of the Apes UK Casino slots is powered by NetEnt software. The game is inspired by the movie with the same name which was inspired from the book that was published in 1963. No doubt, the success of the game is certain as the players can very well relate it to the movie. The game appears as two parts on the screen i.e. the Rise of the Planet and the Dawn of the Planet. This slot game is loaded with bonus features.

Planet of the Apes UK Casino Slots is full of fun

Planet of the Apes UK Casino Slots is a video slot with ten reels and forty paylines. It has the potential to pay you a top non-progressive jackpot of up to one thousand coins. To start the game at slot site, you need to place a bet that can range from 0.20 to 200. The symbols in the game are film characters, playing cards like 10, J, Q, K, and A on both the sides of the game. Caesar being the wild symbol can replace all the symbols except the scatter and bonus symbol. When the wild appears fully stacked on the Rise play area of the screen, then the same stacked reel gets copied to the Dawn play area too. 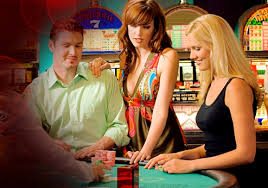 Loads of bonus features can be found on Planet of the Apes UK Casino Slots.

When Rise Bonus symbol lands up on Rise play area on the Slot site, you get to play Rise Bonus feature. Here, you get an additional cash bonus for every human and ape on the reels only in the Rise area. Here you can win up to 79.5 times the stake.

When Dawn Bonus symbol lands up on the Dawn area on the last reel, you get Dawn Bonus feature activated. The ape and human symbols get transformed into same except the scatter. Here, you can win up to 1200 times the stake.

The Dual feature gets triggered at random during the base game. Once activated, all the other symbols disappear and only the chosen symbols will remain on both the play areas. If the symbols land in the correct area, then they will stick or else gets transferred to the corresponding area. You get the re-spin if at least one new symbol lands up in the area. Here, you have the chances to win up to 1000 times the stake.

Planet of the Apes UK Casino Slots is available to play on the desktop as well as the smartphone devices. There are many bonus features including Rise Free Spin and Dawn Free spin which get activated by landing three or more Rise and Dawn bonus symbols in the respective area giving you extra free spins, multipliers, and Extra Wilds to help you get some great winning combinations.